American CEOs want to raise retirement age to 70......... V
I am glad that I was able to convince my X to start getting her SS at 62 instead of waiting till she was 65..... three more years and she might have to wait five more years........and even then she has to wait and extra month for her first check, intead of January she will have to wait till Febuary............she was born in Dic. ======================================== ==========
A group of CEOs is attempting to push the official US retirement age to 70, thereby making fewer Americans eligible to receive benefits such as Social Security and Medicare. The Business Roundtable (BRT), a group of influential CEOs, on Wednesday unveiled its plan to partially privatize the health insurance program for older Americans and gradually reduce the benefits they currently receive by cutting entitlements. The plan calls for smaller annual Social Security increases, as well as reduced benefits for wealthy retirees. “America can preserve the health and retirement safety net and rein in long-term spending growth by modernizing Medicare and Social Security in a way that addresses America’s new fiscal and demographic realities,” Gary Loveman, chairman, president and chief executive of Caesars Entertainment, told CBS News. Loveman is head of the Business Roundtable, which came up with the plan. The millionaire businessman hopes to convince Congress to enact the new measures in an attempt to cut US spending. The BRT believes the eligibility age for both Medicare and Social Security should increase to 70. Some legislators have already proposed raising it to 67, but congressional Democrats have fought hard to prevent such an increase. Retirees can currently get reduced Social Security benefits starting at age 62, full Social Security benefits at age 66, and Medicare at age 65. While the proposed changes would impact the younger generations, anyone who is currently over 55 would not be affected by those measures and could continue to receive their government benefits, regardless of the outcome of the decision. The BRT believes that raising the age would help reduce the deficit. Its members also believe that the changes would cause traditional Medicare programs to compete with private insurance plans – something that Rep. Paul Ryan, chair of the House Budget Committee, has long advocated for. But while raising the eligibility age would save the federal government money, it would also cause Americans’ expenses to increase dramatically, which would particularly devastate low-income individuals dependent on government assistance. CNNMoney reports that medical expenses would increase by $11.4 billion, even though federal spending would only drop by $5.7 billion. “Raising the age doesn’t address the larger concern of reducing health care spending overall,” said Juliette Cubanski, associate director of Kaiser’s Program on Medicare Policy. “It just shifts costs from the federal government to other payers in the system.” As Democrats and Republicans attempt to come up with a budget plan to avoid causing the country to fall into default, Medicare reform continues to be heavily debated. Although President Obama said he would support minor changes to Medicare, he would not support a plan as radical as that proposed by the BRT. Increasing the eligibility age to 68 would put 435,000 seniors at risk of being uninsured – a number that would be higher if the eligibility age was set at 70. “These ideas were soundly rejected in the last election only a few months ago,” said Max Richtman, president and CEO of the National Committee to Preserve Social Security and Medicare.

It's so artfully done, and so diabolical, that one can picture secret seminars in subterranean Wall Street meeting rooms, guiding young business recruits in the proven process of taking an extra share of wealth from the middle class. Their presentation might unfold as follows:

The trend is unmistakable, and startling: productivity has continued unabated while wages have simply stopped growing. Improved technologies have reduced the need for workers while globalization has introduced the corporate world to cheap labor. In effect, the workers who built a productive America over a half-century stopped getting paid for their efforts.

Paul Krugman suggests that a "sharp increase in monopoly power" is another reason for the disparity. As John D. Rockefeller said, "Competition is a sin." That certainly is the rule of thumb in banking and agriculture and health insurance and cell phones. Yet despite the fact that low-wage jobs are increasingly defining the American labor market, apologists for our meager minimum wage claim an increase will worsen unemployment. So it remains at $7.25. A minimum wage linked to productivity would be $21.00 per hour.

2. Build up a financial industry that has no maximum wage.

This is where the money is. In 2007, before the financial crisis, a Harvard survey revealed that almost half of the school's seniors aspired to careers in finance. The industry's share of corporate profits grew from 16% in 1980 to an astonishing 45% in 2002.

And there's no limit to the earning potential. Hedge fund manager John Paulson conspired with Goldman Sachs in 2007 to bundle sure-to-fail subprime mortgages in attractive packages, with just enough time for Paulson to collect other people's money to bet against his personally designed financial instruments. He made $3.7 billion, enough to pay the salaries of 100,000 new teachers.

Experienced schemers have undoubtedly observed that over the past 100 years the stock market has grown three times faster than the GDP. The richest quintile of Americans owns 93% of such non-home wealth.

In the last 25 years, only the richest 5% of Americans have increased their share of non-home wealth, by the impressive rate of almost 20 percent.

In just one year, the richest 20 Americans earned more from their investments than the entire U.S. education budget.

4. Tax yourself as little as possible.

The easiest and least productive way to make money - holding on to investments - is also taxed at the lowest rate. In addition to the capital gains benefit, tax ploys like carried interest, performance-related pay, stock options, and deferred compensation allow hedge fund managers and CEOs to pay less than low-income Americans, and possibly even nothing at all.

The richest 400 taxpayers doubled their income in just seven years while cutting their tax rates nearly in half. U.S. corporations can match that, doubling their profits and cutting their taxes by more than half in under ten years. The 1.3 million individuals in the richest 1% cut their federal tax burden from 34% to 23% in just 25 years.

5. Lend out your excess money to people who can no longer afford a middle-class lifestyle.

As stated by Thom Hartmann, "The 'Takers' own vast wealth, and loan it out at interest to everybody from students to governments.." Overall, Americans are burdened with over $11 trillion in consumer debt, including mortgages, student loans, and credit card liabilities.

Wealth has largely disappeared for the middle- and lower-income classes. More than $7 trillion has been lost in the decline of home prices since 2006. Young college graduates have an average of $27,200 in student loans, and the 21-35 age group has lost 68% of its median net worth since 1984, leaving each of them about $4,000. Median net worth for single black and Hispanic women is a little over $100.

So we're hanging on by the frazzled thread of debt that indentures us to the rich and makes it harder and harder to fight back against the theft of our middle-class wealth. As we struggle to support ourselves, the super-rich remain on the take, driving us ever closer to the status of most wealth-unequal country in the world.

Paul Buchheit is a college teacher, an active member of US Uncut Chicago, founder and developer of social justice and educational websites (UsAgainstGreed.org, PayUpNow.org, RappingHistory.org), and the editor and main author of "American Wars: Illusions and Realities" (Clarity Press). He can be reached at paul@UsAgainstGreed.org. 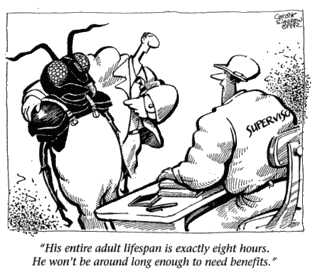 Posted by irudedog at 19:50 No comments: 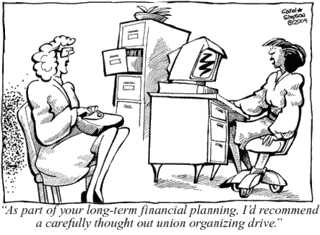 Posted by irudedog at 20:26 No comments: