With Joe Biden about to enter the Oval Office, the American workplace is going to look much different.

The former vice president and U.S. senator has four decades of relationships with union leaders behind him, setting him up to potentially be the most labor-friendly president the U.S. has ever had.

Biden, who won the endorsement of almost every major union in the country, has made labor reform a fundamental part of his program and is widely expected to name at least one union leader to his Cabinet.

“I don’t think [Obama] ‘got’ labor. And I think Biden gets it,” said Bill Spriggs, the AFL-CIO’s chief economist. “When Biden walks in a room with labor leaders, he feels like ‘Oh, I’m at home.’"

As the coronavirus pandemic continues to stoke permanent job losses and compromise worker safety, the case for structural change may be stronger than ever.

“The coronavirus has raised public consciousness and awareness about the plight of the working class in America, including low-wage workers and the kind of people who used to be unionized, and revealed the utter lack of worker protections,” former Labor Secretary Robert Reich told POLITICO.

The scope of what Biden can accomplish could be limited by the Senate, where two crucial races — both in Georgia — won't be decided until runoffs take place in January. If Republicans maintain control of the chamber, that could curtail many of Biden's plans.

Still, the transition will be a sharp turn from the Trump White House, under which union membership has dropped, pay inequity has widened and enforcement has dwindled. Some of the Democrats' highest priorities will be counteracting action taken — or in some cases, not taken — by the current administration.

“There’s a litany of things the Trump administration has done that we have to undo,” said Rep. Andy Levin (D-Mich.), who serves on the House Education and Labor Committee.

Here are some things lawmakers and experts say workers and employers can expect from a Biden White House:

One of the first things a Biden administration will likely move to do is instruct the Labor Department’s Occupational Safety and Health Administration to step up worker safety enforcement, including by enacting an Emergency Temporary Standard, or a set of guidelines governing how employers must protect their employees from Covid-19, and ramping up penalties on violators.

With an estimated 72,015 workers having tested positive for coronavirus and 315 fatalities in the food system alone, Democrats and labor advocates have become increasingly vocal in criticizing the Labor Department for what they say is leniency. Despite having received more than 10,000 complaints since the pandemic started, the agency hasn't proposed a penalty greater than $30,000 for coronavirus-related risks, even in cases where workers died. And Republicans have shot down an emergency standard, insisting that employers need extra flexibility during the recession.

Biden’s campaign advocated to “immediately release and enforce an [ETS] to give employers and frontline employees specific, enforceable guidance on what to do to reduce the spread of COVID” and “double the number of OSHA investigators to enforce the law and existing standards and guidelines.”

The GOP Penna. legislature is responsible for delayed count

Biden campaigned on enacting much of the Democratic labor legislation passed out of Speaker Nancy Pelosi’s House in 2020 and 2019. He said in July that he would push to raise the federal minimum wage to $15 an hour and eliminate the so-called tipped wage, which allows employers to count tips toward servers’ mandated wages — both provisions included in the House-passed Raise the Wage Act. The federal minimum wage hasn’t gone up since 2009, when it was hiked to $7.25.

Biden also pledged he would sign the House-passed Protecting the Right to Organize Act, or PRO Act, which would strengthen workers' ability to unionize, including by allowing them to form unions via card-check elections, where employees sign forms authorizing the union to represent them.

“The PRO Act would be the most important labor law reform since the Wagner Act itself in 1935 or the National Labor Relations Act,” Levin said.

Passing these bills will be highly unlikely if Republicans control the Senate. And even if some of the measures made it through, signing them would be an uphill battle for Biden, who will have to balance unions’ demands with competing business interests and some of the more moderate voices that helped win him the office.

“And there’s only a limited amount of political capital that a new president has.”

3. A boost to manufacturing via trade

Biden has been outspoken against Trump’s trade war with China, labeling some of the White House’s tariffs "damaging" and "disastrous.” Were he to lift some of the Trump administration’s trade restrictions, it could provide an immediate boost to the manufacturing workforce. Despite gaining 66,000 jobs in September, factory employment is still down 647,000 jobs from February because of the pandemic, according to Labor Departments statistics.

In his manufacturing plan, Biden advocates for “a Pro-American worker tax and trade strategy to fix the harmful policies of the Trump Administration and give our manufacturers and workers the fair shot they need,” along with a series of tax credits and executive actions. Although Biden could in theory lift any tariff as soon as he took office, he must also answer to business and other interests that might want the restrictions to stay in place for months as he forms a plan. A top trade adviser said his administration wouldn't rule out imposing new tariffs on imports.

Unions including the United Steelworkers, which represents over a million workers and retirees across several manufacturing industries, say they have confidence in Biden's plan whatever it may entail.

“The USW looks forward to working with Joe Biden in implementing his plans to get our country back on track,” the United Steelworkers said in a statement. “He’ll attend to our domestic supply chains, strengthening U.S. manufacturing and making us all safer.”

Under Trump, the makeup of the NLRB has shifted to include three Republicans, all of whom are Trump appointees, and one Democrat, a holdover whose renomination the Senate approved July 24. The second Democratic seat remains empty. With the 3-1 majority, GOP members have pushed through a series of corporate-friendly decisions, including the pivotal call last May that Uber drivers be classified as independent contractors rather than employees.

Within his first term, Biden would be able to re-establish a Democratic majority on the board, realigning its decision-making with that seen under the Obama administration.

5. A note of caution

Despite the lofty promises made along the campaign trail, former Democratic presidents like Bill Clinton and Barack Obama offer proof that labor reform is never a sure thing. Both men pledged to push through a wide range of policy, only to have their plans overtaken by other agenda items like health care. Obama pledged to enact the Employee Free Choice Act — some provisions of which were later folded into the PRO Act — only to eventually focus his legislative efforts elsewhere, leaving the package to die despite a Democratic majority in both chambers.

“Labor’s been in this place before where the political stars have aligned,” Bob Bruno, director of the labor studies program at the University of Illinois, said. “And they haven’t been a priority.”

Adds Reich: “None of this is a slam dunk.”

Rebecca Rainey contributed to this report.

Posted by irudedog at 21:00 No comments: 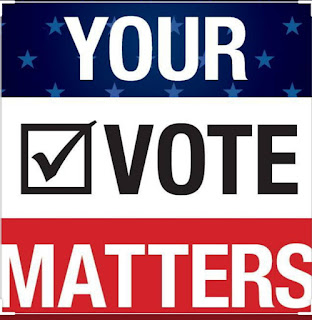 Posted by irudedog at 07:28 No comments: