One of the men was seen kneeling on another man who was lying down along Delsea Drive, in a pose similar to the one former Minneapolis police officer Derek Chauvin used on Floyd.

“The behavior depicted in the video, which involved a FedEx employee, is appalling and offensive,” FedEx said in a statement. “The employee in question was immediately removed from all FedEx work duties while our investigation is concluded and all internal procedures are followed. FedEx holds its team members to a high standard of personal conduct, and we do not tolerate the kind of appalling and offensive behavior depicted in this video. The individual involved is no longer employed by FedEx. We stand with those who support justice and equality.”

In a tweet, the New Jersey Department of Corrections said, “We have been made aware that one of our officers participated in the filming of a hateful and disappointing video that mocked the killing of George Floyd. The individual has been suspended from their post and banned from NJDOC facilities during a thorough and expedited investigation.”

New Jersey Gov. Phil Murphy also condemned the officer for his actions, tweeting “we won’t let the actions of  a few distract from our progress toward dismantling systematic racism.”

The act has since gone viral on social media and members from the community are in an uproar.

“It’s a terrible situation for someone to do such a terrible thing,” Franklinville resident Sophia Dagostino said.

“I was furious, I was disgusted, I’m horrified. I personally came out here to drown out their message,” resident Sarah Hill said.

Since the incident, the Black Lives Matter acronym and other messages have been painted in front of the property, and protesters continue to show up in small numbers.

“It’s sad to see that we’re dealing with this sort of stuff today,” Dagostino said.

At least one friend of the corrections officer, who he refers to as Jimmy, says their anti-protest was against the Black Lives Matter movement and in support of law enforcement.

He didn’t want to appear on camera but says he had no idea what was in store. But by the time it happened, it was too late. He says he’s since cut all ties with his former friend.

CBS3 showed up to the officer’s house Wednesday while he was mowing the lawn, but he quickly disappeared and did not speak.

Another protest is planned for next Saturday at 11 a.m. Police say it was one the docket before the incident but they are now anticipating an even larger crowd.

Posted by irudedog at 19:28 No comments:

This is What We Were Talking About

The first photo below is from a former Fresno FedEx driver who left a year ago to work for ABF than for UPS. After a year between both carriers, he has accrued a total of $1,186.44 per month. My Fedex pension after 30 years is a whopping $216.97 per month! 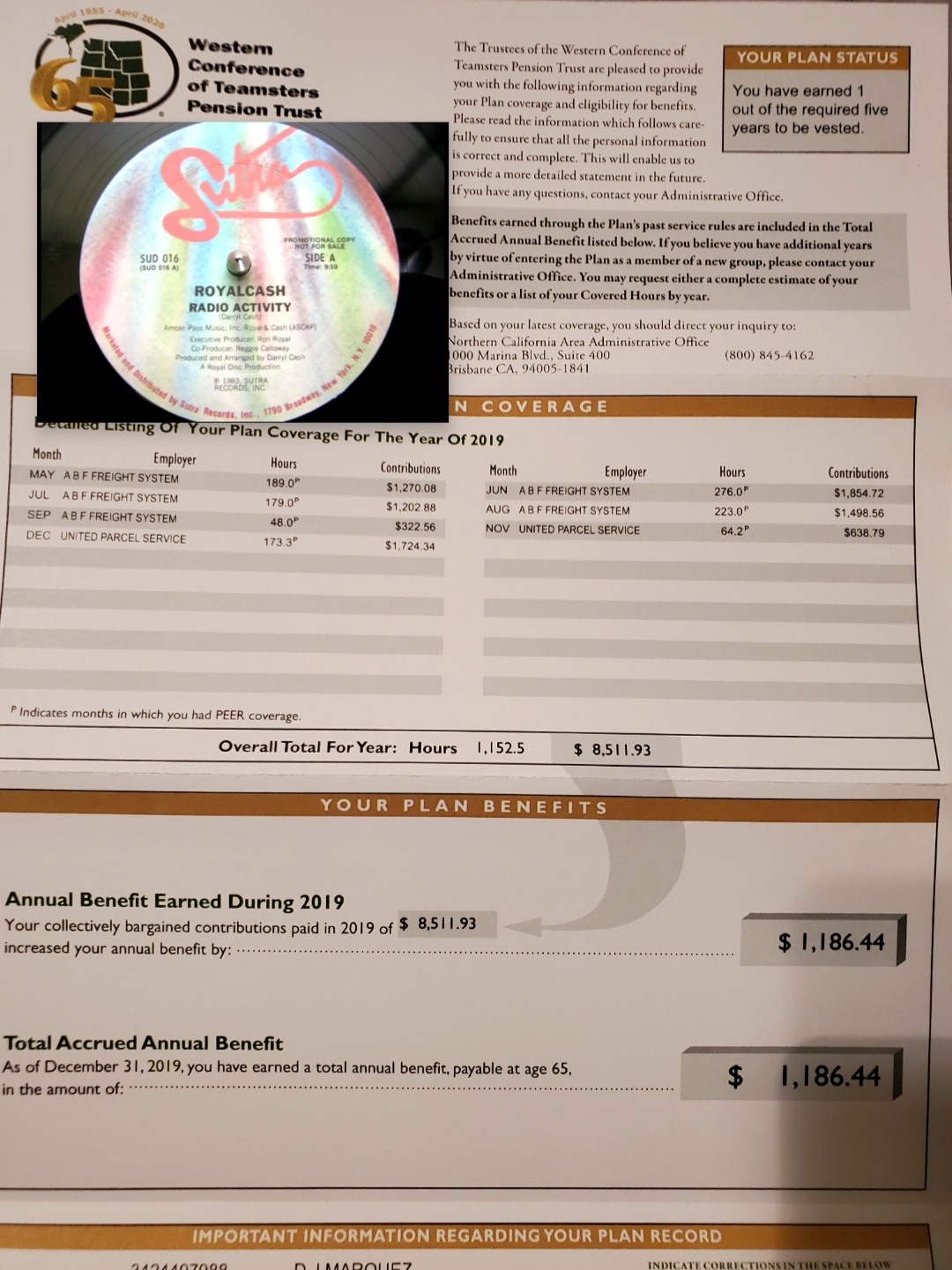 The next photo is from another FedEx driver who now works for KeHe in Chino Ca. who's  pension,  after five years vested, his monthly pension has climbed to $2095.08. At Kehe they negotiated their first contract 5 years ago. Since it was their first Tesmsters contact,  they received the 2 for 1 vesting. This was offered to us if we had voted "Yes" for Teamsters representation! But many believed FedEx managers BS. This is one reason you see drivers with 40 years plus still here at FedEx. Why? Simple. They can't afford to retire! 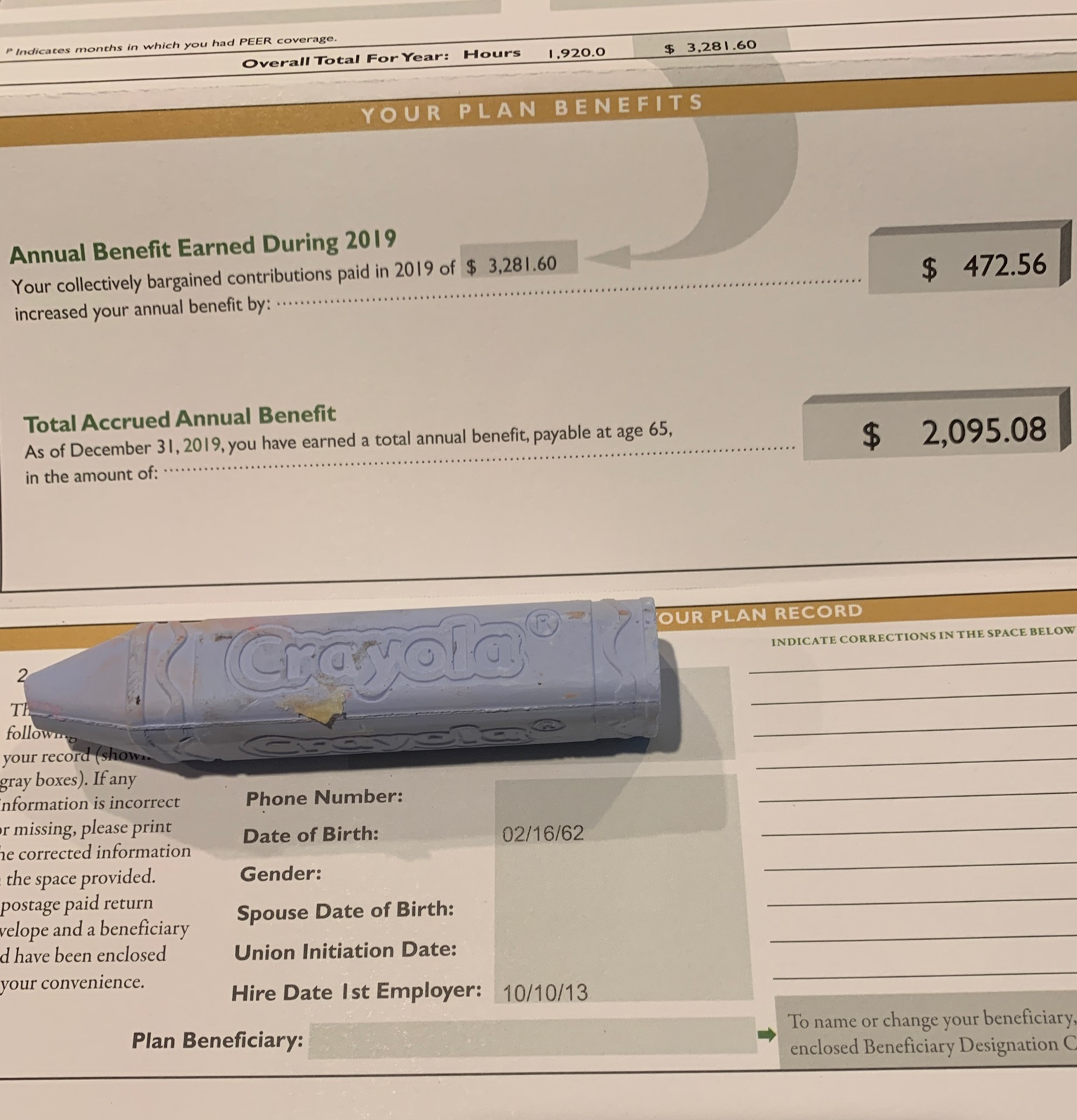