Posted by irudedog at 07:30 No comments: 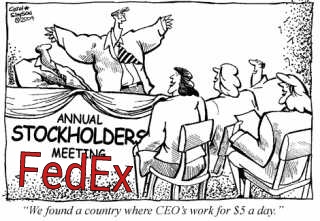 “Our lower-than-expected results for the quarter and reduced full-year earnings outlook were driven by third quarter international revenue declining approximately $100 million versus our guidance, primarily due to accelerating customer preference for lower-yielding international services, lower rate per pound and weight per shipment,” said Alan B. Graf Jr., FedEx’s executive vice president and CFO, in a written statement.

From 2006 to 2009, the city said, FedEx Ground delivered about 160,000 cartons of cigarettes that New Yorkers had ordered from CigarettesDirect2U.com, a site based in Kentucky that was shut down in 2009 by the federal authorities for violating statutes on tobacco sales.

The $2.4 million in damages is equivalent to the $15-a-carton tax that should have been paid to the city on those sales, said Eric Proshansky, a lawyer for the city.

FedEx Ground said in a statement that it had “admitted no wrongdoing, but agreed to the settlement to avoid what would have certainly been a prolonged and much more expensive resolution process.” It added, “We fully support New York City’s efforts in this matter and are cooperating with New York City to ensure that shippers comply with our policy against illegal tobacco shipments.”

The city also has a pending suit against CigarettesDirect2U.com itself. The company sold 400,000 cartons to city residents before it was forced to fold, Mr. Proshansky said.

The federal Contraband Cigarette Trafficking Act forbids the delivery of untaxed cigarettes to anyone other than licensed stamping agents, such as cigarette wholesalers.

Posted by irudedog at 19:56 No comments:

be happier living on less

This was the title of the email letter from Vanguard ( be happier living on less), our 401 K administrator. telling us how we can be more frugal with our spending.

Is this FedEx way of letting us know ahead of time of things to come? We already had full time dock workers becoming part time.

In Fontana we have part time drivers. Line drivers routes cut and becoming dock drivers. And our brothers and sisters at Express are not getting a raise until October!

Did Fred Smith get the same email like us? I doubt it.

Stand up and be counted FedEx employees if not for yourself, do it for your family!

US District Judge Says FedEx Whistleblower Will Have His Day In Court From LexisNexis:

HARRISON, Ark. - A federal judge in Arkansas on March 5 refused to dismiss a motion to dismiss in a whistle-blower wrongful termination lawsuit, ruling that the former employee will be given an opportunity to show that his assistance in a Securities and Exchange Commission investigation into alleged federal securities law violations led to his employment termination (Bryan Hix v. FedEx Corp., et al., No. 12-3050, W.D. Ark.; 2013 U.S. Dist. LEXIS 29224). Full story on lexis.com.

FAYETTEVILLE, AR – A former employee is suing FedEx Corporation (FDX), along with subsidiary operating companies FedEx Freight and FedEx Corporate Services, claiming that several company agents conducted a yearlong campaign of harassment against him, culminating in the termination of his employment with FedEx Services in April 2011.

The suit alleges that the employee repeatedly raised concerns regarding deceptive schemes and practices he believes the company is conducting, with the intent of defrauding shareholders. Following disclosure of his concerns to FedEx management and law enforcement authorities, as mandated by published FedEx policies and federal law, the employee says his direct supervisors, working in collusion with FedEx employees and agents, harassed, defamed and retaliated against him in an effort to discredit his claims, punish him financially and emotionally, and discourage any similar, future disclosure activity on the part of other FedEx employees.

Anti-retaliation provisions contained in the Sarbanes-Oxley Act of 2002 and the Dodd-Frank Wall Street Reform and Consumer Protection Act expressly prohibit retaliation against employees who engage in protected activity, as defined by law. Specifically, covered employers are prohibited from discharging, demoting, suspending, threatening, harassing, directly or indirectly, or in any other matter discriminate against, a whistleblower in the terms and conditions of employment because of any lawful act done by the whistleblower (i) in providing information to the SEC; (ii) in initiating, testifying in, or assisting in any investigation or judicial or administrative action of the Commission based upon or related to such information; or (iii) in making disclosures that are required or protected under the Sarbanes-Oxley Act of 2002 (15 U.S.C. 7201 et seq.), the Securities Exchange Act of 1934 (15 U.S.C. 78a et seq.), including section 10A(m) of such Act (15 U.S.C. 78f(m)), section 1513(e) of title 18, United States Code, and any other law, rule, or regulation subject to the jurisdiction of the Commission.

Among the claims at issue in the suit, the former employee alleges that a number of FedEx business practices were intentionally designed to artificially manipulate key financial metrics, thereby affecting the value of company stock.

The style of the lawsuit is Hix v. FedEx Corporation, et al.; Case No. 3:2012cv03050; Cause No. 28:1391 United States District Court for the Western District of Arkansas, Harrison Division.

I have talked to a couple of FedEx Express drivers and they have told me that their raises are being pushed back until October of this year. hopefully our raises at freight will be on time. 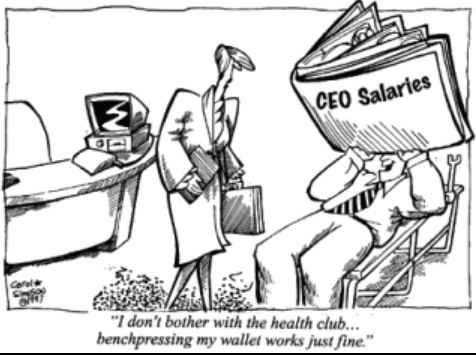 Posted by irudedog at 18:55 No comments:

From The Brown Cafe

I'm topped-out, and very senior, and obviously very pro-union. It's pretty hard for me to understand other senior employees who don't favor a union, and let me explain why:

1. Even if you topped-out 25 years ago, Fred has still been paying you 5 or 6 dollars less than UPS, and the disparity grows if you're not in a major market. You are also paying very high rates for poor medical and dental coverage.

4. Injuries and sickness. As you get older, the target on your back glows even more brightly. Don't believe me? Ask someone who has been hurt or has had a serious illness, regardless of years with the company.

5. The predatory nature of FedEx. You are always one minor mis-step away from the door. Open Door and GFT are pale comparisons to a legitimate grievance process. "At-will" means FedEx's will, not yours.

6. They want you gone. Topped-out and over 45 means you're a liability, not an asset. Always be aware that they would much rather kill you off and replace you with two 20-somethings.

As a human being, consider your co-workers and their situation(s). Compared to you, they've got very little and no real retirement plan or decent future on the horizon.

FedEx has been stealing from your pile for a very long time, and maybe you think you've "made-it" at Express. Well, you haven't, and if you think you've somehow "beat" Fred or are getting a square deal, you are sadly mistaken. There is nothing they would rather do than get rid of you.

Hey FedEx driver.while you're calling CLC to see if there's any work for you tonight. these PT drivers most likely will take your work.
the time to organize is now!
stand up and be counted drivers it's all up to you!

I was talking to a FedEx express driver the other day and he mentioned that they will not be getting a wage increase this June. It is being postponed until October! Is this why when we bring up top of scales for us this year. Management have no answers?

Posted by irudedog at 08:53 No comments: