Kickstarter workers voted to unionize. It wasn’t about working conditions.

Kickstarter workers voted to unionize. It wasn’t about working conditions. 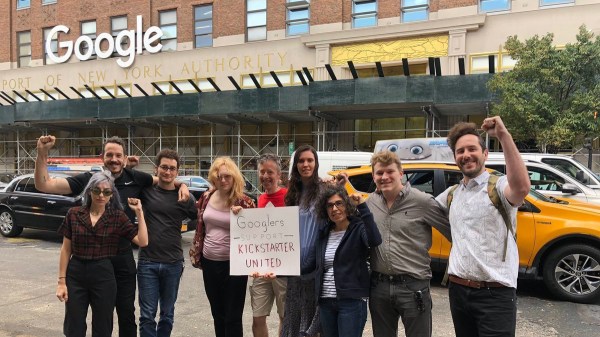 Seeking a say in corporate decision-making, tech workers are looking for ways to wield influence.
GET THE PODCAST

Earlier this week, there was a surprising development in the tech industry: Employees of Kickstarter, a tech company, formed a union. This, of course, is happening while a lot of other tech employees are agitating at work. Some Google contract workers in Pittsburgh voted to form a union, Amazon warehouse workers have organized to protect their co-workers and gig workers have gone on strike.

But tech workers want more from their employers than the typical things that unions provide — decent hours, good wages and overtime pay. Tech workers might want to form or join unions, but they also want to disrupt them. I dig into this in “Quality Assurance,” the segment where I take a deeper look at a big tech story. I spoke with Megan McCarty Carino, who covers workplace issues at Marketplace, and I asked her my favorite question: On a scale of 1-10, how big a deal is this Kickstarter union? The following is an edited transcript of our conversation.

Meghan McCarty Carino: I would say it’s maybe like an eight. It’s really something very interesting to watch, because unlike what we talked about with the Google contractors unionizing, I think that was much more about the issues that we’re used to hearing unions deal with — these were contractors, they wanted to have equal pay and equal benefits compared to the full-time workers that they worked alongside at Google.

Wood: So you’re saying some of those things — these fuzzier, I guess, or culture issues — they are a part of this union, this contract. What do you think this means for the rest of the tech industry? How representative is Kickstarter when it comes to trying to replicate this success across the industry?

McCarty Carino: I think the representativeness of Kickstarter as a tech company is an interesting thing to look at. Of course, Kickstarter is in Brooklyn, it’s not in Silicon Valley. A couple years ago, it declared itself a public benefit corporation. However, I do think that the concerns that the union is going to be grappling with are pretty similar to some of the concerns that tech workers have voiced at other tech companies. To see the degree to which collective bargaining is able to really bring these issues to the table and bring a successful outcome that the workers feel satisfied with, I think other workers will be watching that.

McCarty Carino: It could be a case where it looks like having a formal union and having a formal process to bring issues to the table with the employer is really useful, especially as we’re seeing cases at Google and cases at Amazon — employees being dismissed who have been linked to worker activism. Having the heft of a union behind you can sometimes help to clarify those dismissal processes and do conflict resolution in a way that feels more satisfying to the workers. However, there’s a lot of question marks still to be worked out about how a union is going to really deal with the issues that I think these specific workers want to deal with.